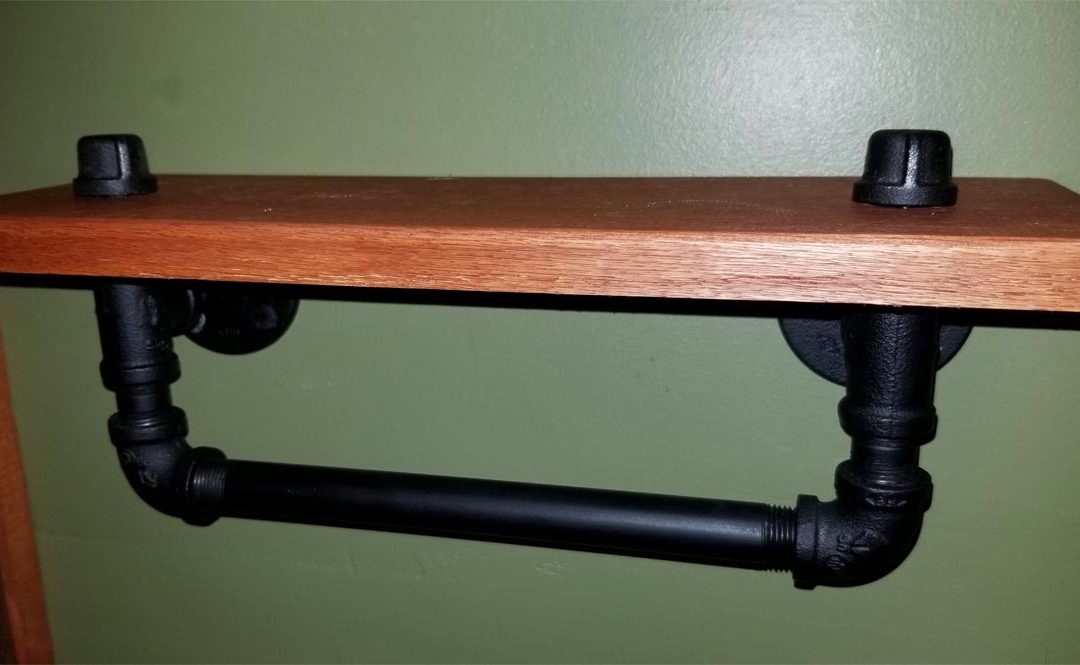 You see these things all over Pinterest, cast iron pipe room fixtures for towel racks, lighting, random things to hit your head on, and so on. My office is one of those extremely eclectic places that is part fishing lodge, part steampunk submarine, part comic book store, and a fair part toy store with an anime tilt to it.

I was getting tired of the sink towel just laying on the sink, and the toilet paper just rolling around on the floor whenever it was bumped just wrong, so I decided to take a shot at my own Pinterest fail. For the record, these things tend to not be “cheap” to make. As the amazing Dolly Parton says, it takes a lot of money to look this cheap.

After a nearly $200 stop at Lowes (I may have bought a few extra things I didn’t really need) I had everything I needed to make these.

I was actually shocked at what they cost just in parts. The toilet paper holder was $25 in parts and the towel rack was almost $40 in parts. Just parts! I suppose that the price could be brought down by buying the pieces in larger numbers, but seriously, these things are not as cheap as I had thought that they would be.

I had originally thought that these could be a quick build, easy money sort of project to build a few at a time and then just sell them on Etsy or something (and I still might). But to make them worth building the retail price has to be up around $55 for the toilet paper holder and $75 for the towel rack.

Or you could just run to Lowes and get the parts yourself and stick them together real fast on your own. the only “hard part” is getting things spaced right to put the little shelf on there and have it sit tight against the wall. 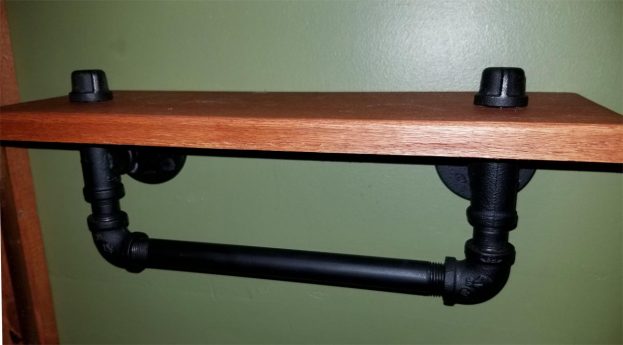 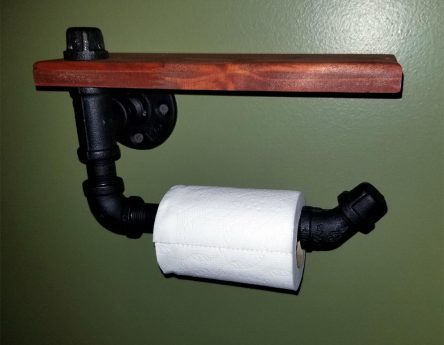