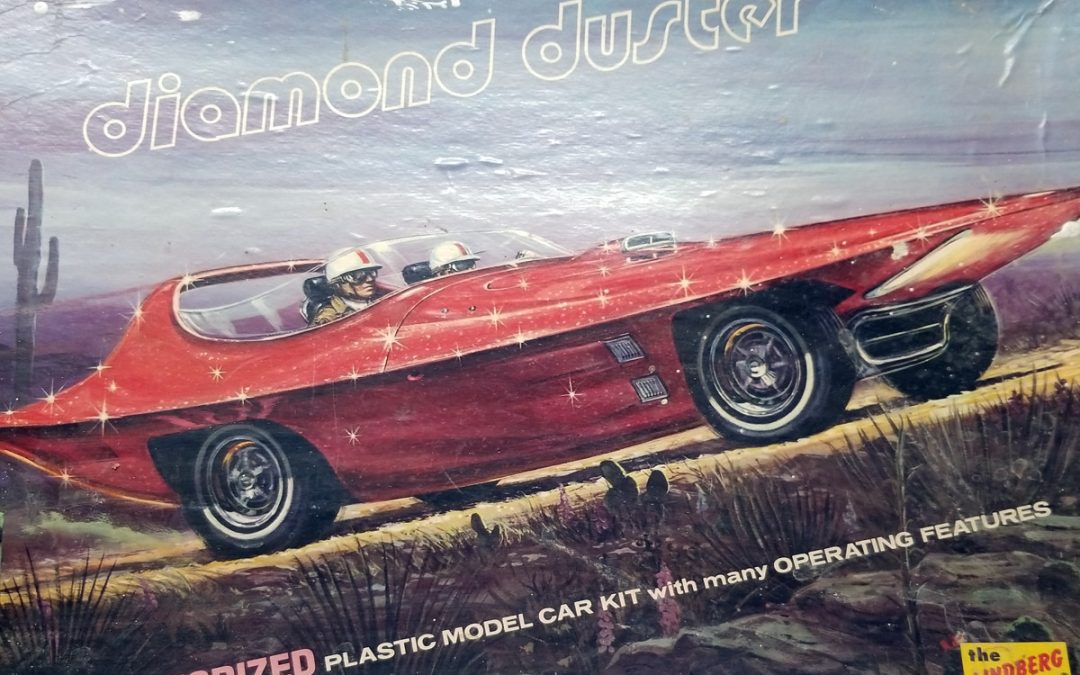 At some point in the early 1970’s I got this model as a kid. I don’t even remember getting it, but I do know that I have kept it with me through every move back and forth across the country, always thinking that some day I would get around to building it. That day finally came.

As I mentioned in a previous post, I was a huge model builder as a kid. Member of the model of the month club and everything. But from time to time I was able to get, or buy, an outstanding model like this one. Amazing transparent glitter plastic, motorized, lights, all the things that make models cool. Unfortunately, 12 year old me wasn’t all that great at building models yet, and the parts of this one that were built show that.

When I opened the box for the first time in decades I saw that the model had seen better days. Many of the plastic parts were broken, a few were missing, and the plastic itself had become warped or broken, or both. Step one, asses the damage and start fixing the broken pieces as best as they could be fixed. The red glitter plastic is great, but over the years it took on several warps that made it a challenge to get everything lined back. The worst parts are the chromed plastic ones. They look great, but over time they have gotten so brittle that I swear just looking at them hard made them beak. I rebuilt the left front suspension 5 or 6 times trying to get it to hold the weight of the tire.

The best part though was that they electric motor and the headlights still work. The motor took a little coaxing, but It did fire up. Unfortunately, it has too much power for the plastic and and broke the rear end the first time I tried to fire the drive train up. I finally decided that it was safer to just leave the motor disconnected.

In the end, I’m happy with how this model turned out after looking at the box off and on for some 4 decades. We have several new furniture projects coming up now, so I doubt I’ll have much time to work any anymore models, but I’m thrilled to be able to get back into the hobby again. And the fine finger control needed to do these has been helping with my detail work in woodworking. 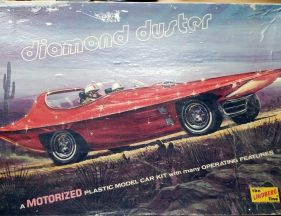 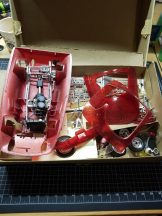 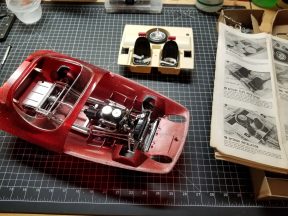 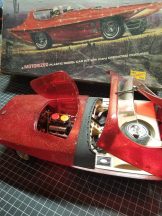 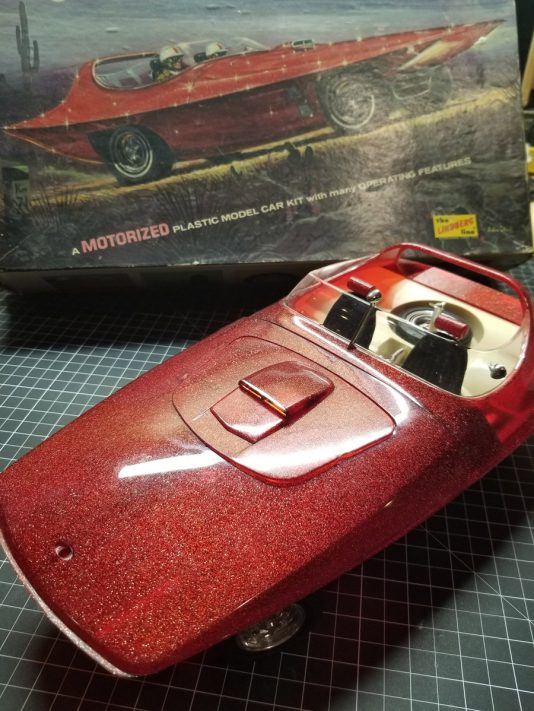 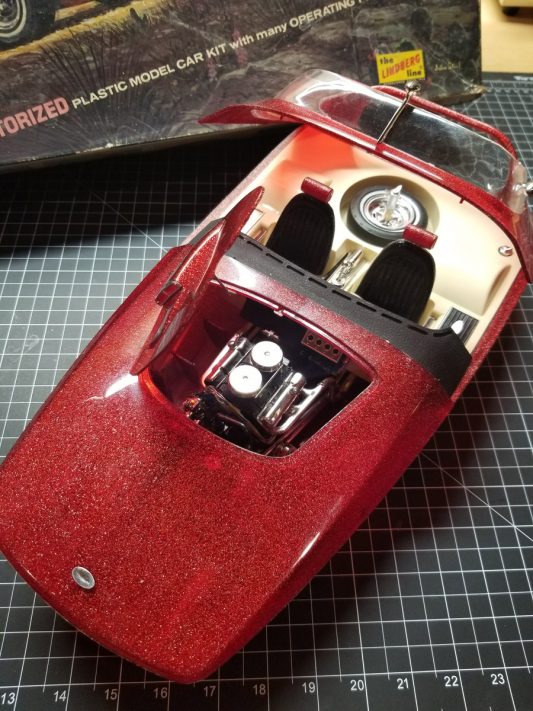